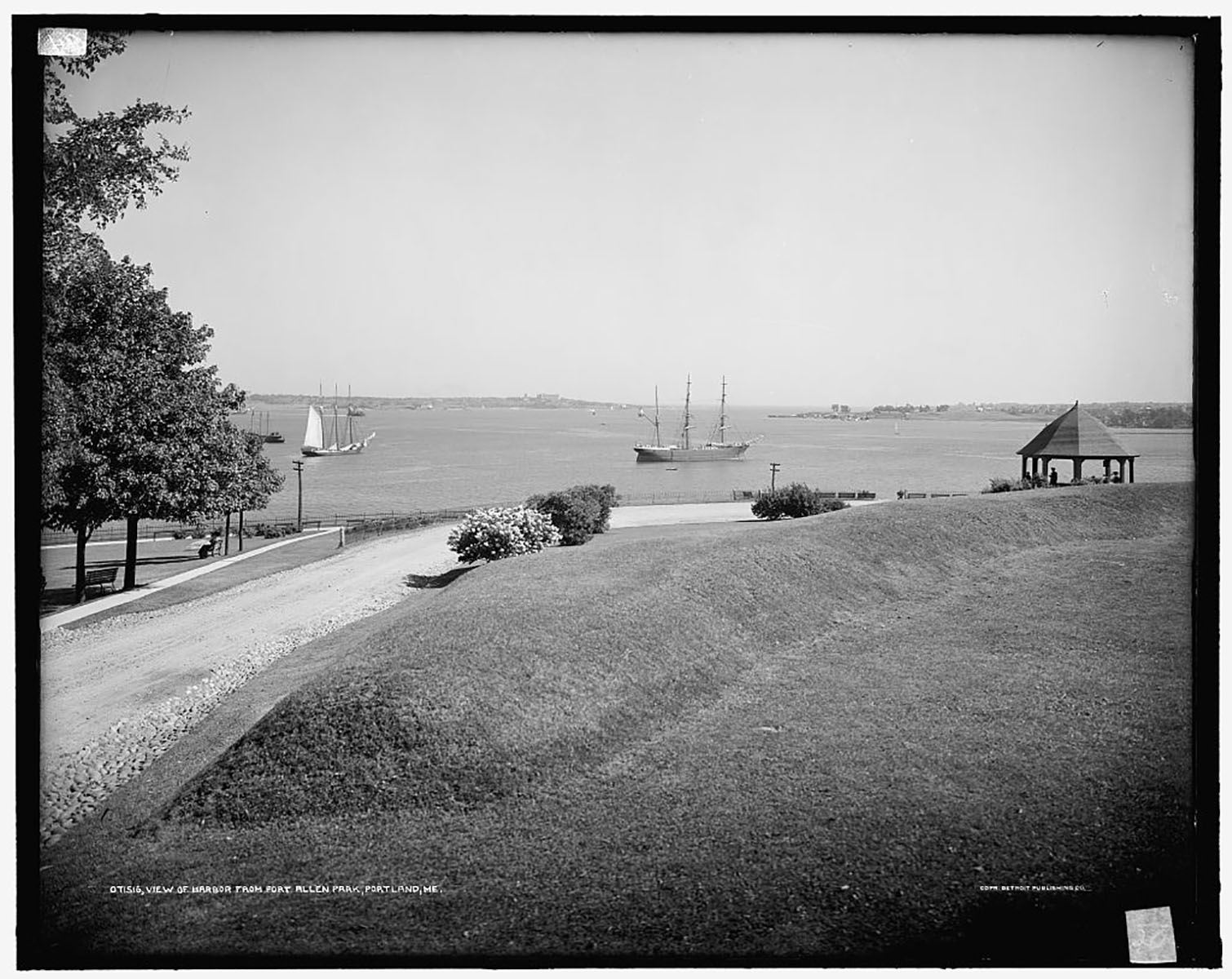 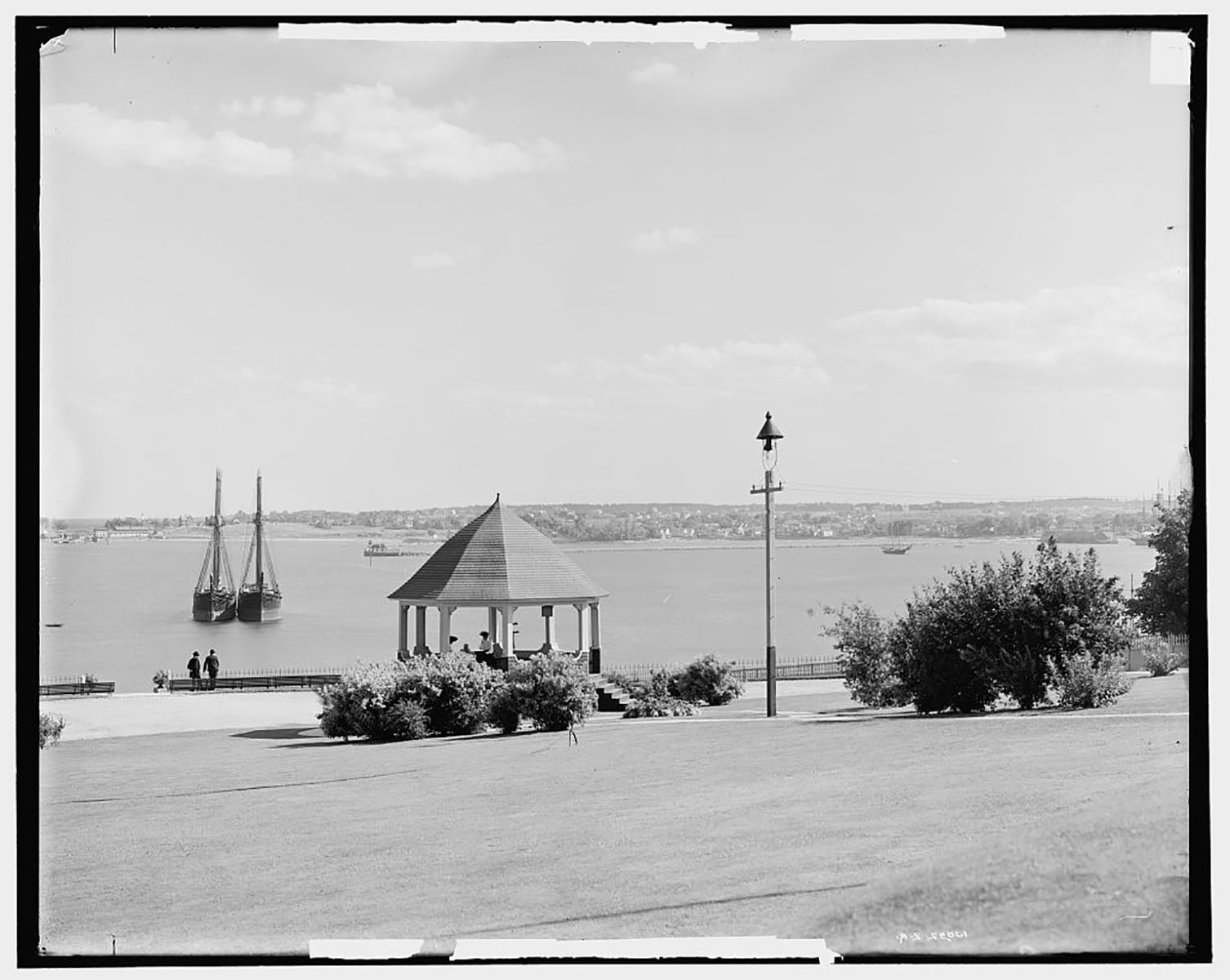 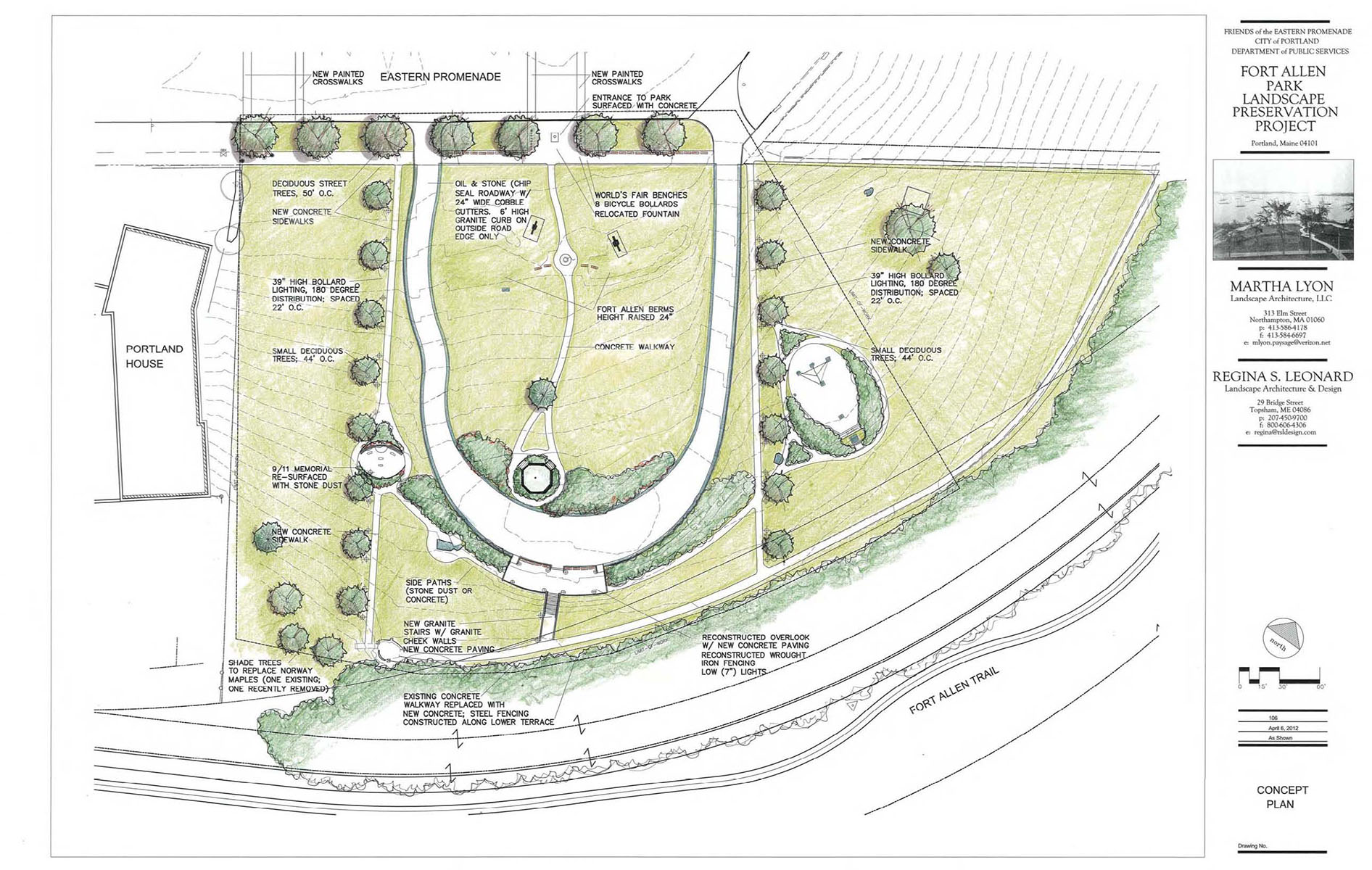 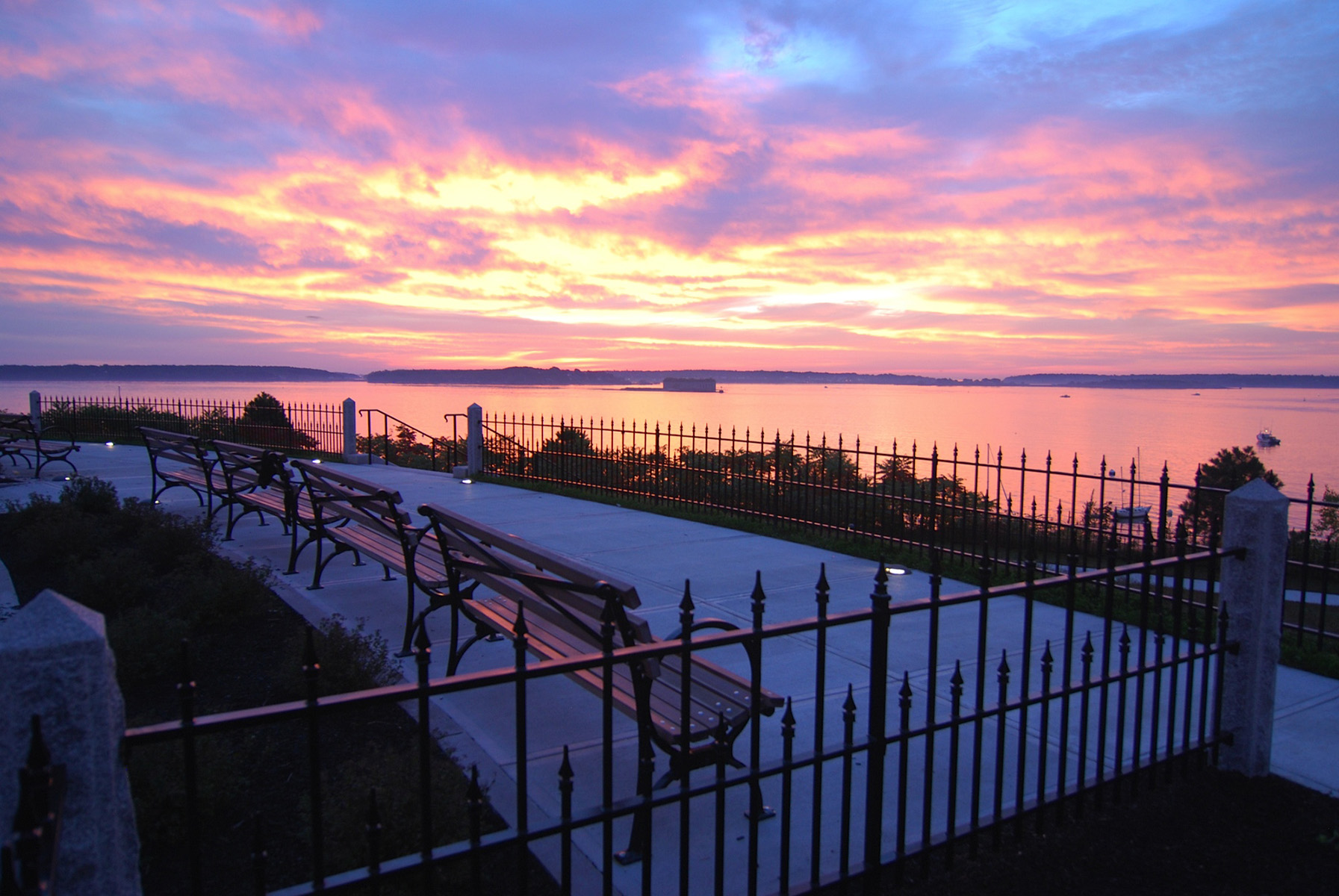 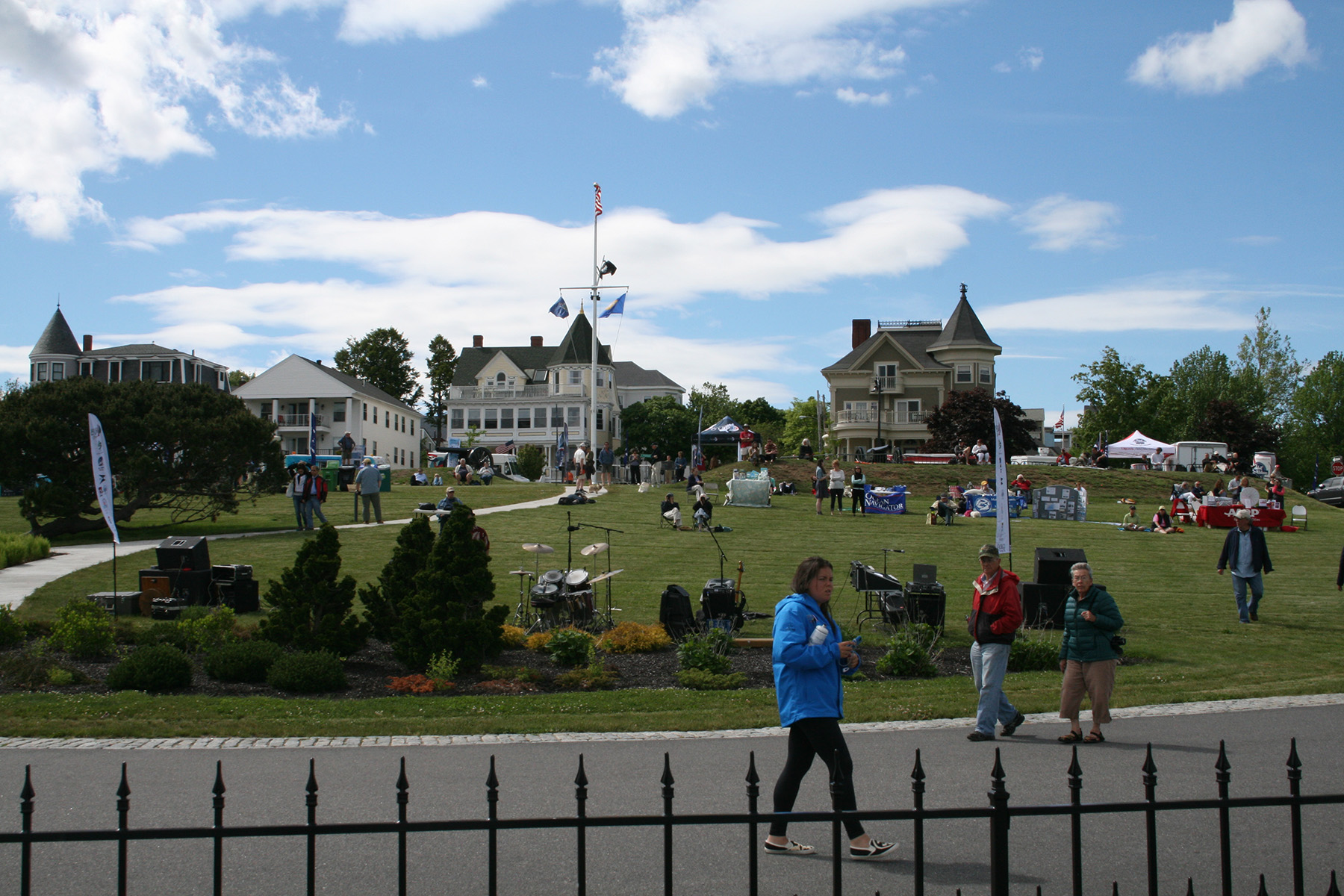 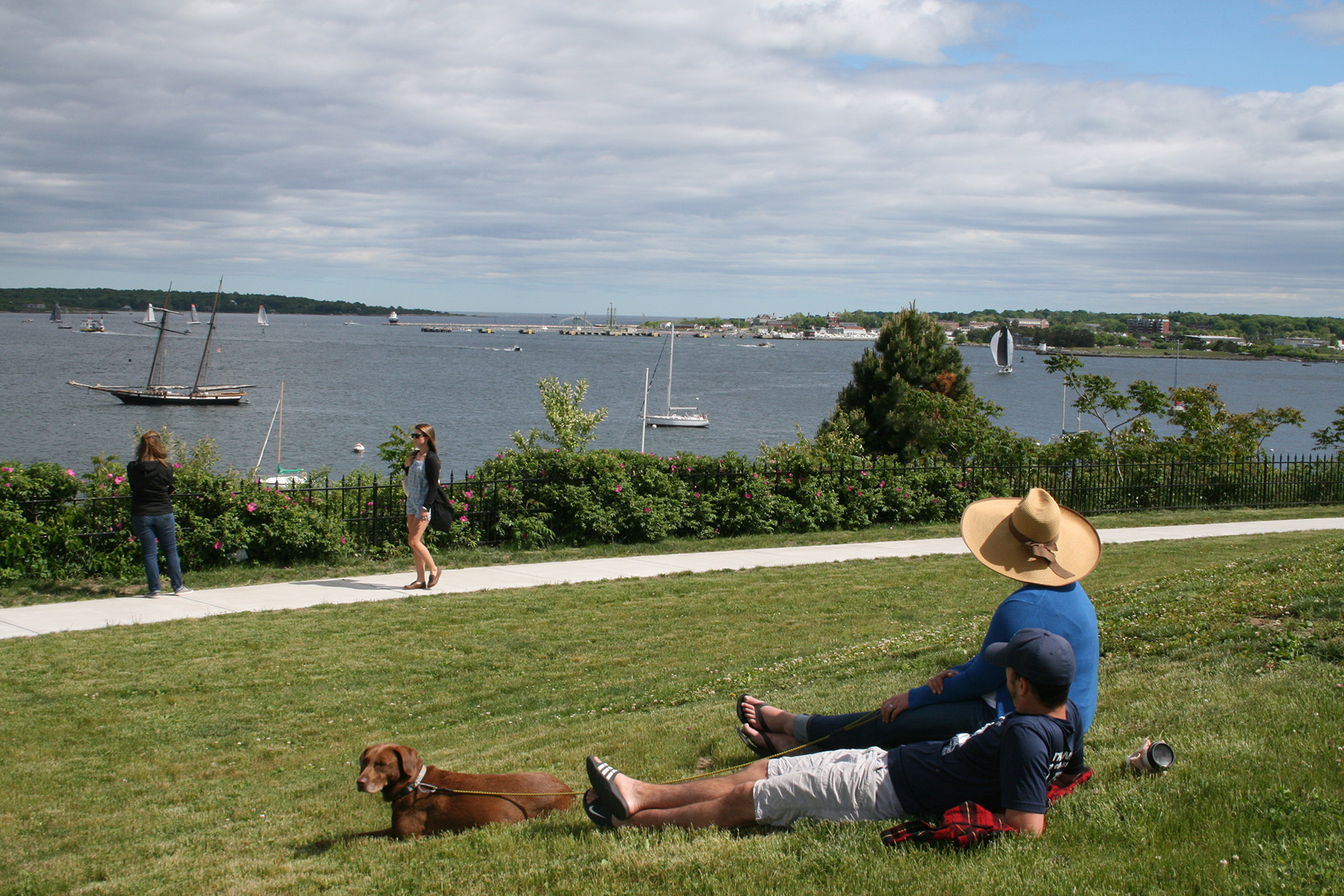 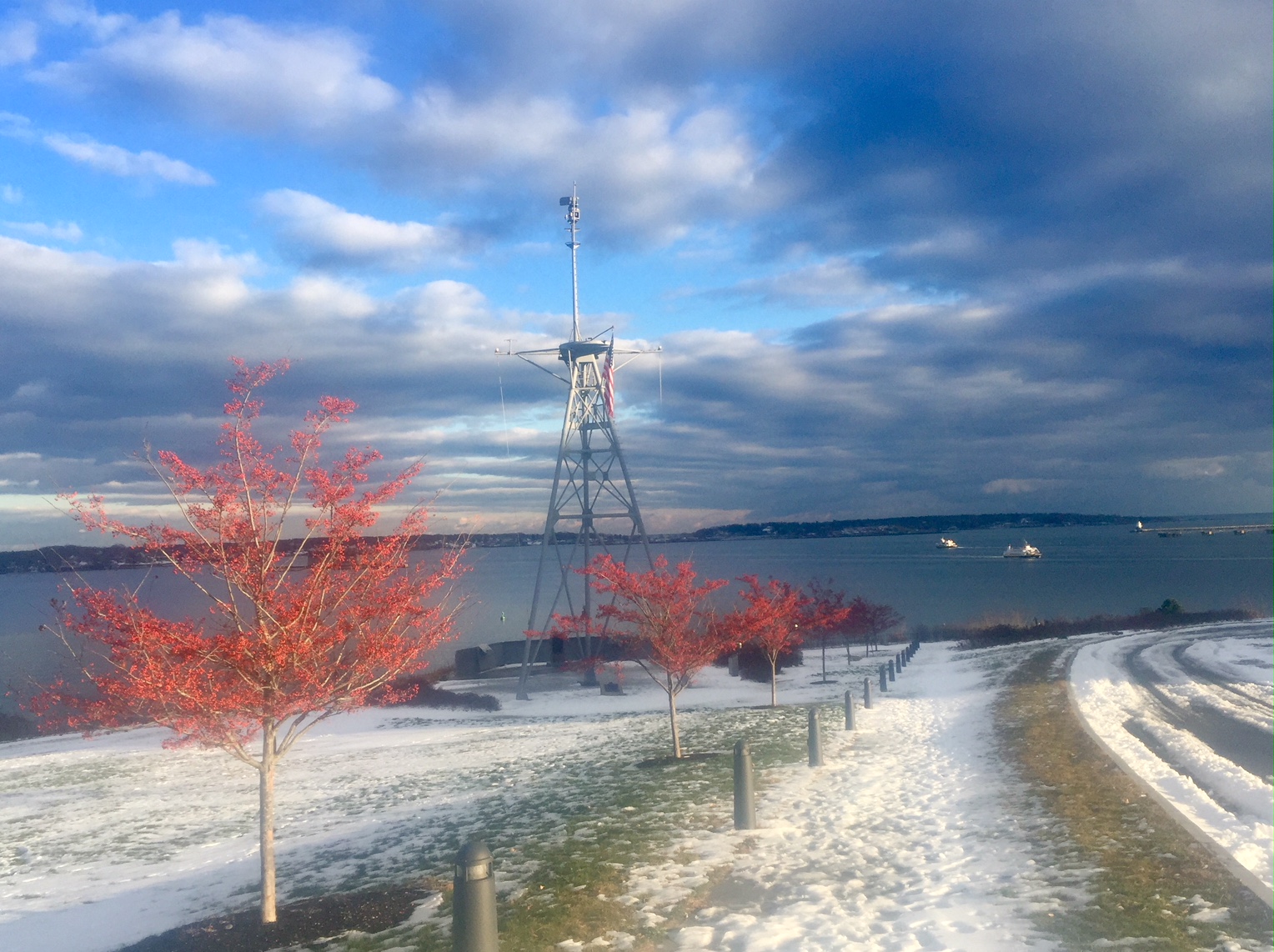 Located at the far southern end of Portland’s Eastern Promenade, Fort Allen Park was established in 1890 by the city for the enjoyment of its people. Site of a former War of 1812 fort, the Victorian-style park landscape featured a curving loop road, system of paths, and an overlook, offering views to Casco Bay. From 1890 until 1930, the park was considered one of the city’s premiere passive recreation spots, with vistas unparalleled elsewhere in the City of Portland or in the State of Maine. The mid and late 20th century, however, brought a period of change and decline, and today the park contains many modern additions that conflict with its turn-of-the-century character.

Martha Lyon Landscape Architecture, LLC is collaborating with Regina S. Leonard, ASLA on a plan to restore Fort Allen Park to its period of historical significance, 1890-1930. A partnership between the City of Portland and Friends of the Eastern Promenade, the Fort Allen Park Landscape Preservation Project represents the first in a series of many efforts to restore the entire Eastern Promenade landscape.