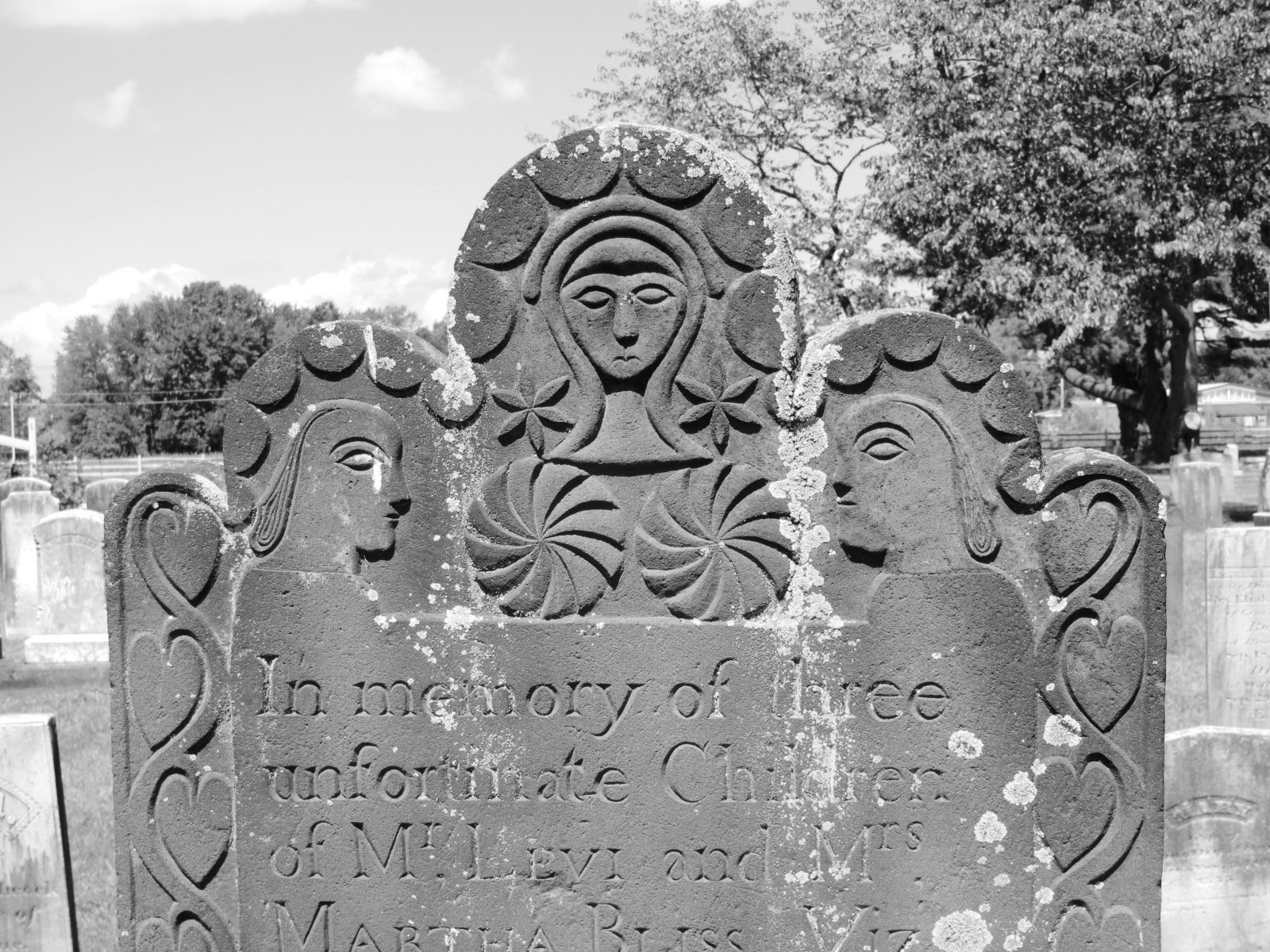 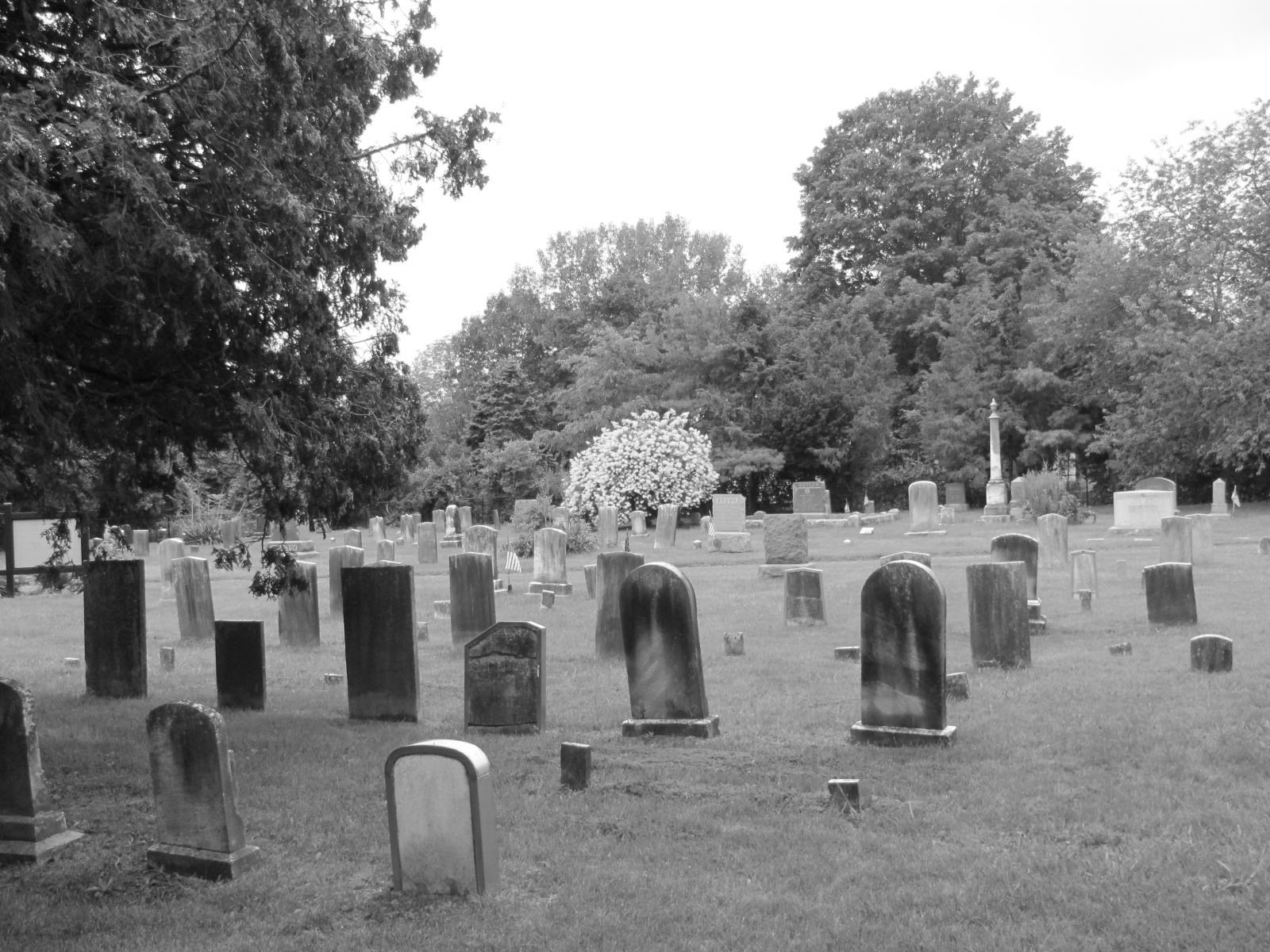 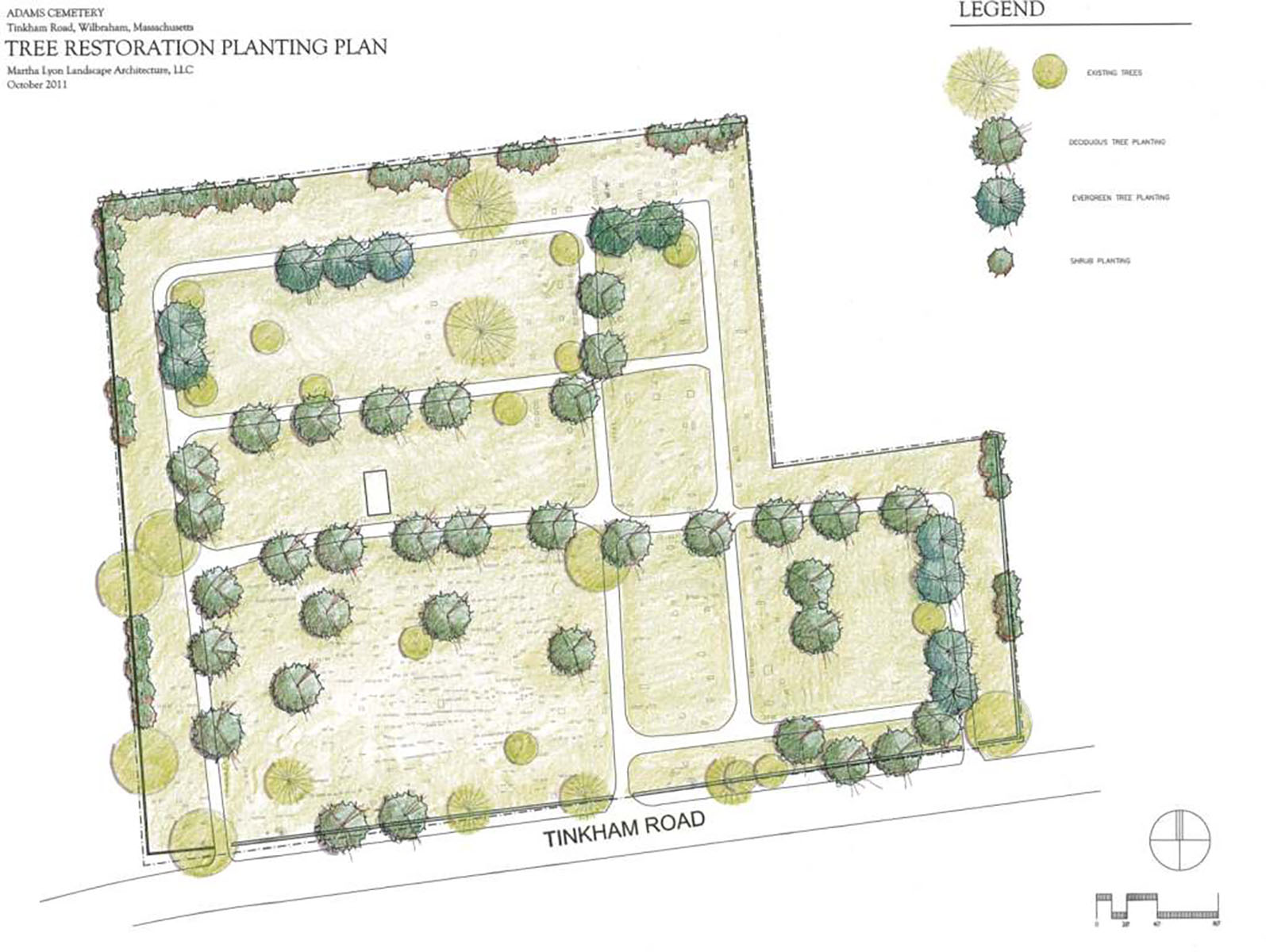 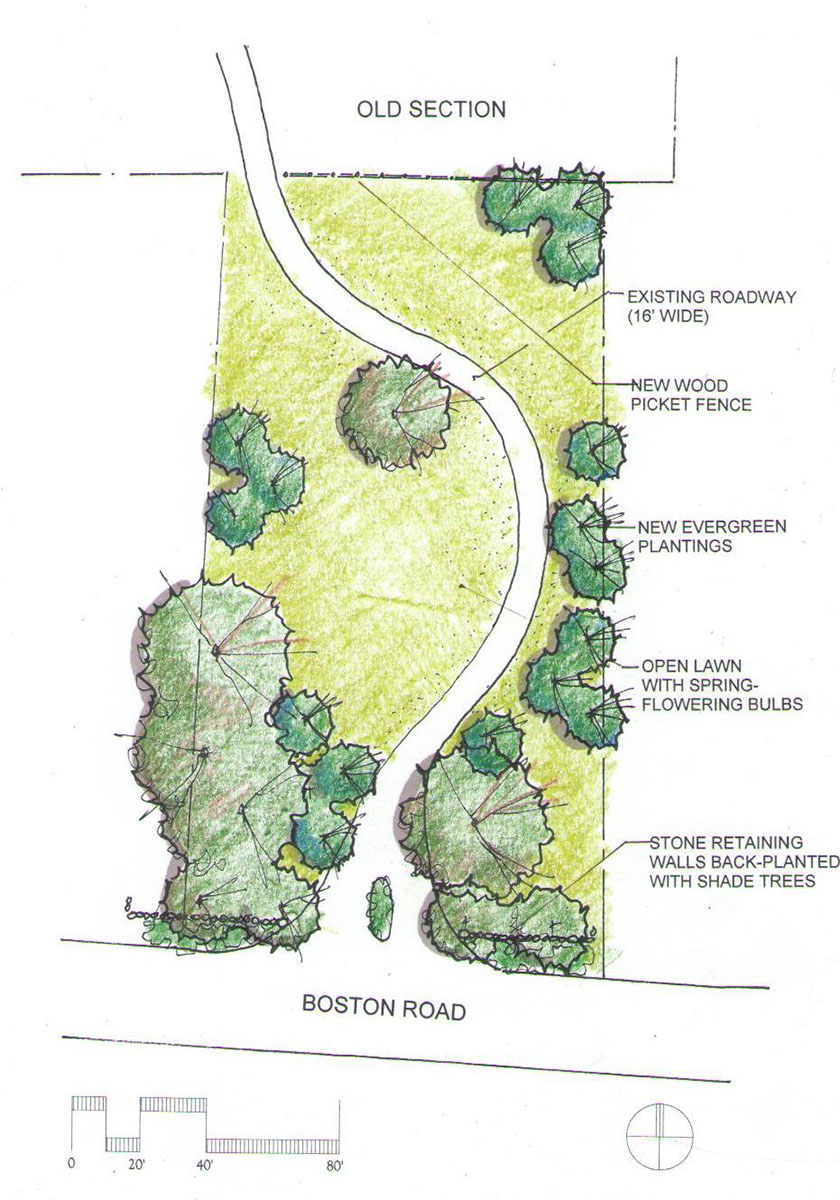 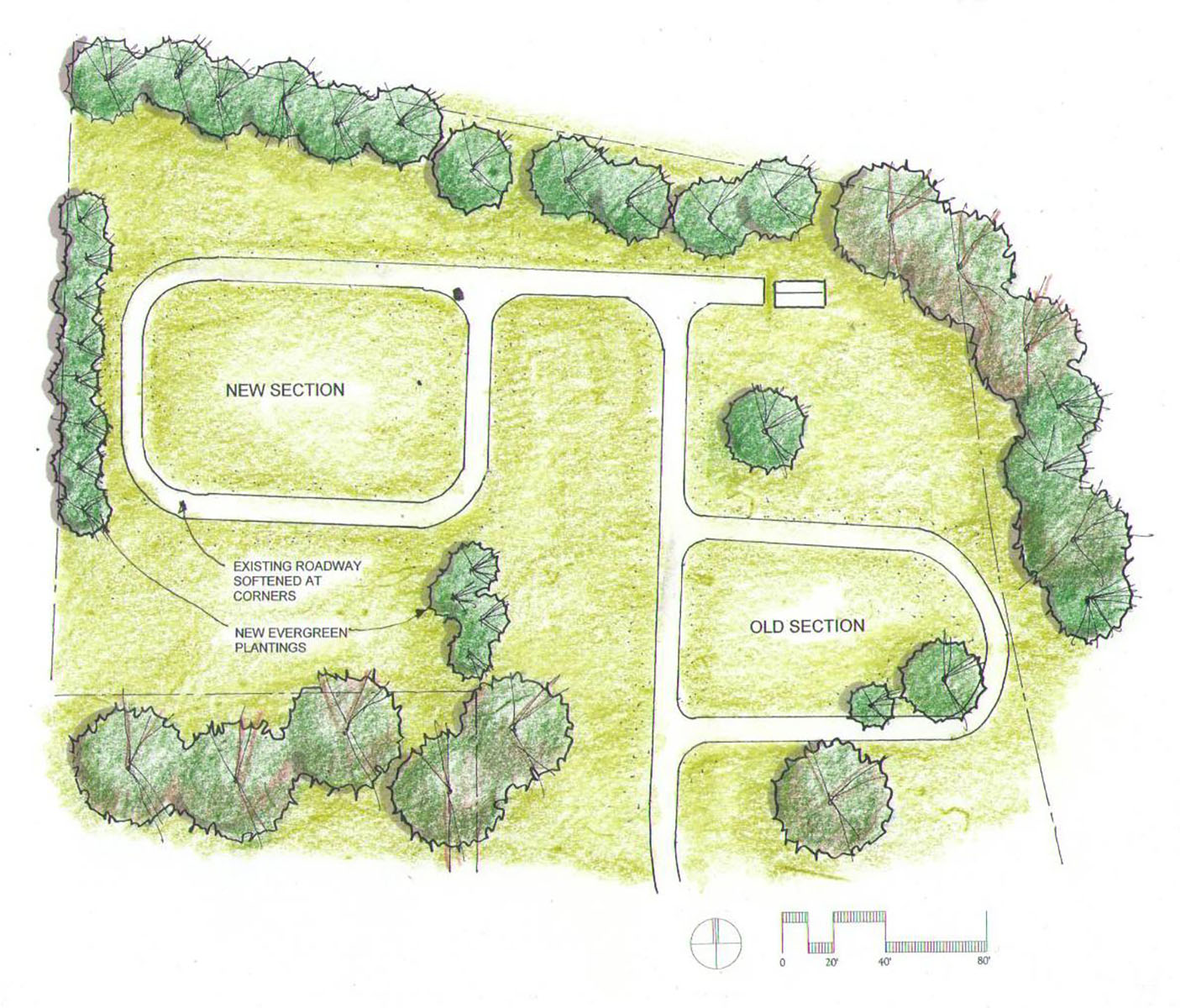 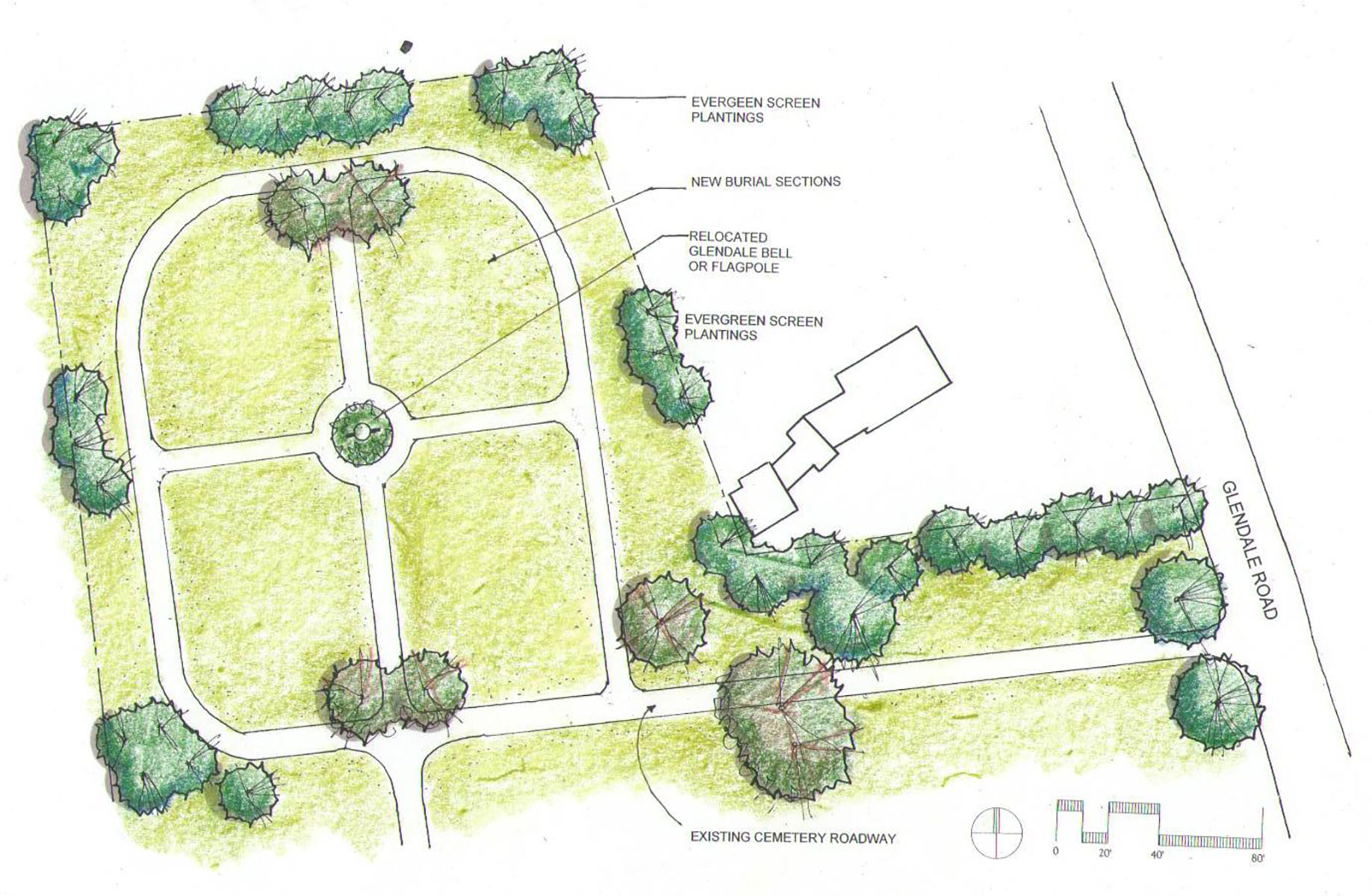 The Town of Wilbraham maintains three public cemeteries, each dating to the 18th century. Adams Cemetery is the town’s oldest (1740), followed by East Wilbraham Cemetery (1776) and Glendale Cemetery (1780). While impeccably maintained by the town’s Board of Cemetery Commissioners, the aging stones and mature trees remain in varying states of deterioration and decline. Martha Lyon Landscape Architecture, LLC completed a preservation plan for the three cemeteries in 2011, an effort that included mapping, documenting, and assessing the condition of landscape features, and making recommendations for the cemeteries’ long-term preservation and management.

In June of 2011, a tornado blew through Adams Cemetery, taking down nearly all of its historic trees and many of its oldest grave markers. To help gather recognition of the damage, MLLA nominated the cemetery to PreservatiON Mass’s List of Most Endangered Historic Resources. In November, Adams Cemetery received recognition, and was honored at an awards ceremony in Springfield.