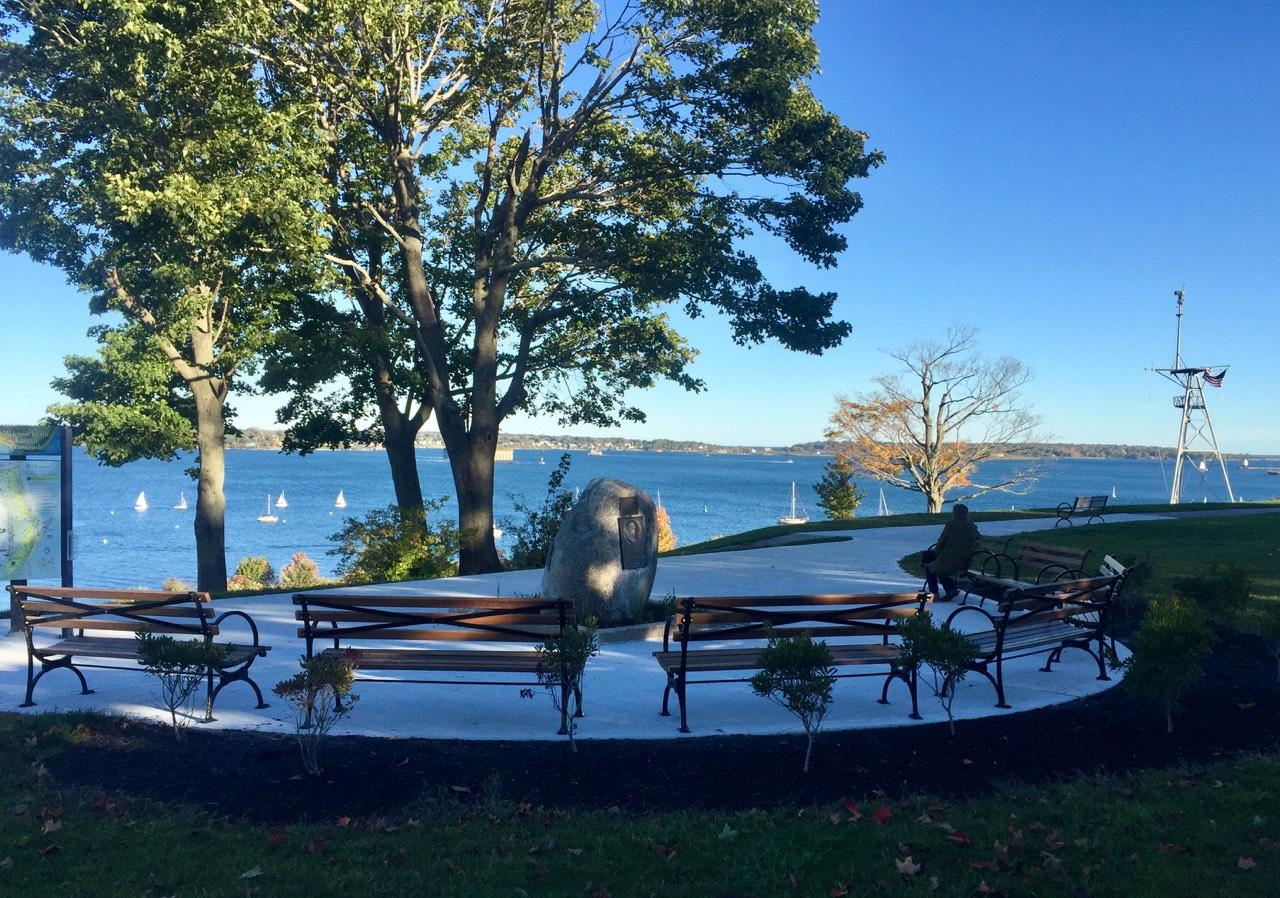 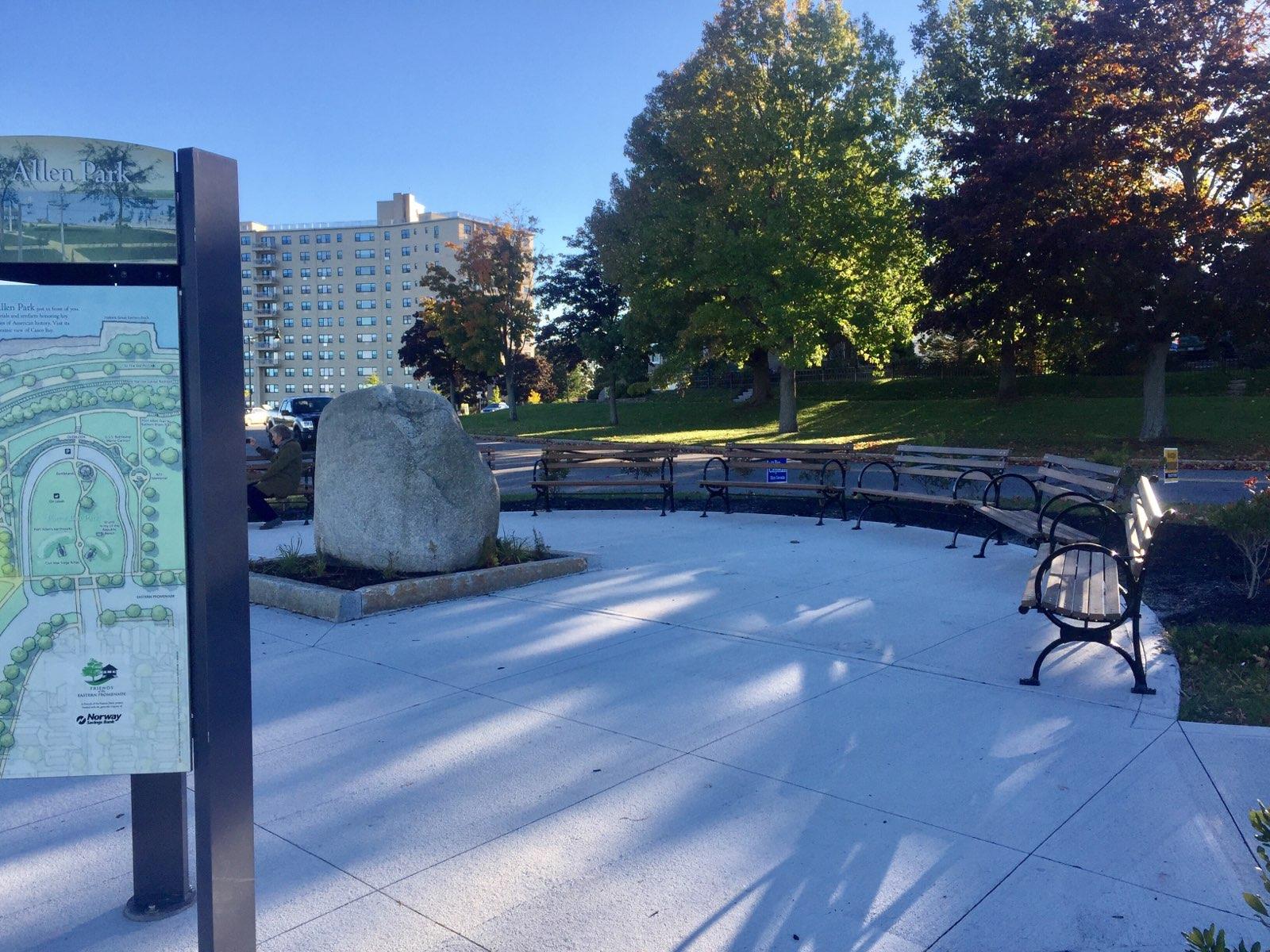 In October of 1918, Portland native Corporal Jacob Cousins was killed in France near the German border leading his platoon during World War I. His death marked the first in what would be many for Jewish American soldiers nationwide during this and other conflicts to follow. In 1935, the city placed a commemorative boulder and bas relief style bronze plaque at the edge of the Eastern Promenade to recognize Cousins' sacrifice. Over the course of 75 years, the memorial became overgrown with barberry and rhododendron shrubs, and could not be easily accessed from adjacent streets and sidewalks. By 2010, vegetation all but obscured this important Portland landmark.

In 2016, Martha Lyon Landscape Architecture worked with the city and non-profit Friends of the Eastern Promenade to design a more dignified setting for the memorial, and one that increased access to the boulder and bas relief. MLLA relocated the boulder at the center of a new plaza, designed to double as a northern entrance to the abutting Fort Allen Park. Completed in the summer of 2018, the semi-circular space is rimmed with native bayberry shrubs and contains seven dedicated benches as well as the Cousins memorial boulder, all oriented toward the east and views of Casco Bay. Formal dedication took place on Veterans' Day weekend.