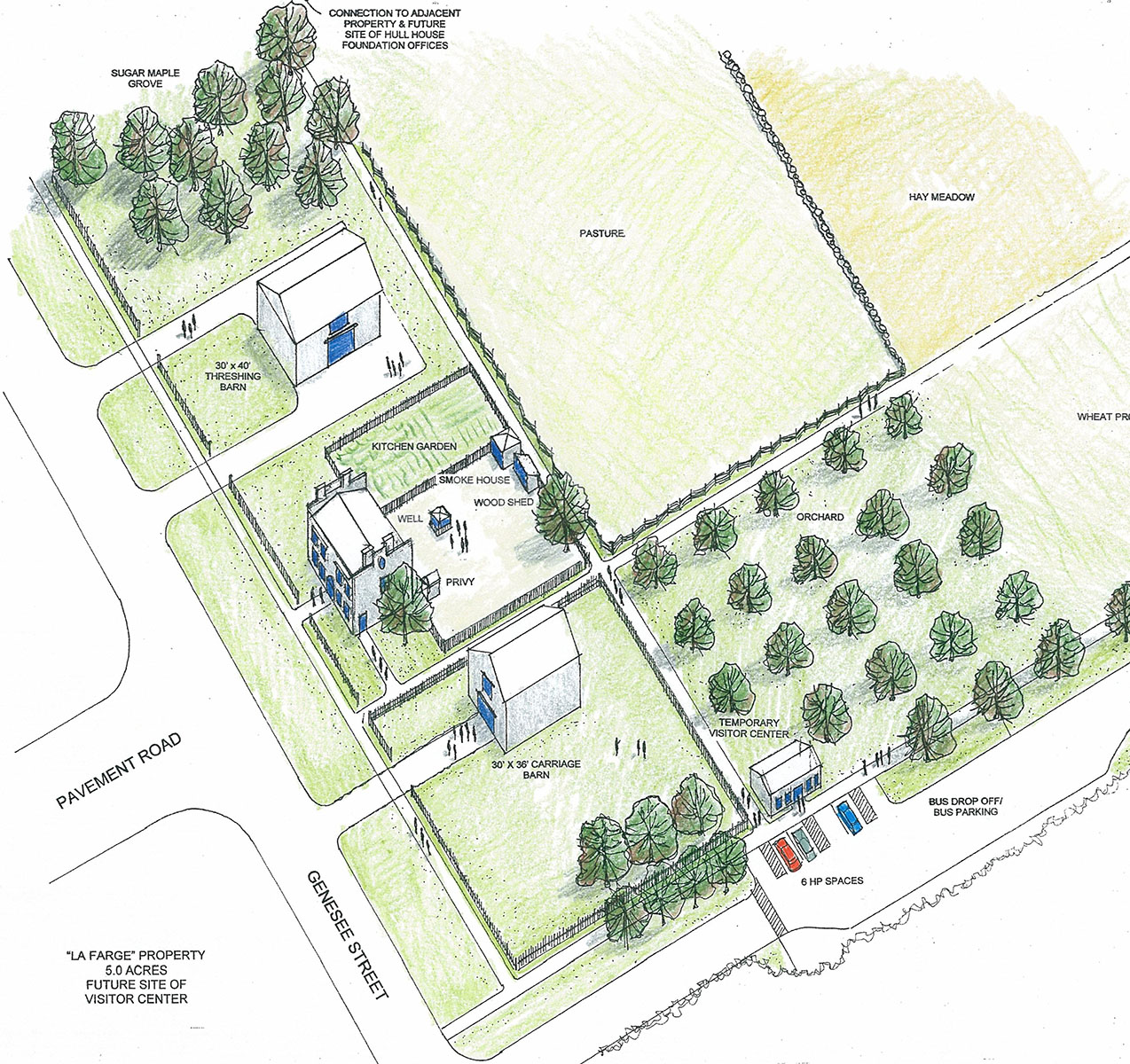 In the first decade of the 19th century, Warren Hull migrated from New England to the western frontier of New York State to clear and farm land purchased from the Holland Land Company. His wife, Polly, soon followed and the couple built a Federal style limestone house where they raised eleven children. While the Hulls left Lancaster in the 1830s, the property remained in farming well into the 19th century.

After several transfers of ownership, and several decades of neglect, the property was acquired in 2003 by a non-profit preservation organization, and efforts have begun to restore the house and grounds as a museum of the western frontier. Martha Lyon Landscape Architecture, LLC completed a cultural landscape report for the property, and developed a schematic design for the landscape. The design included visitor amenities and services, established a frontier-era garden on the grounds, and set aside a portion of the former farmlands for an enhanced habitat for grassland bird species.